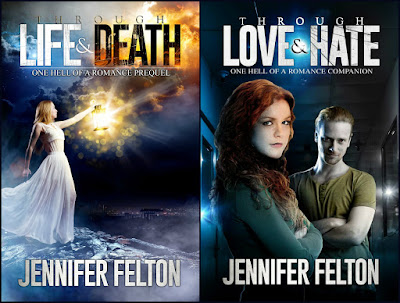 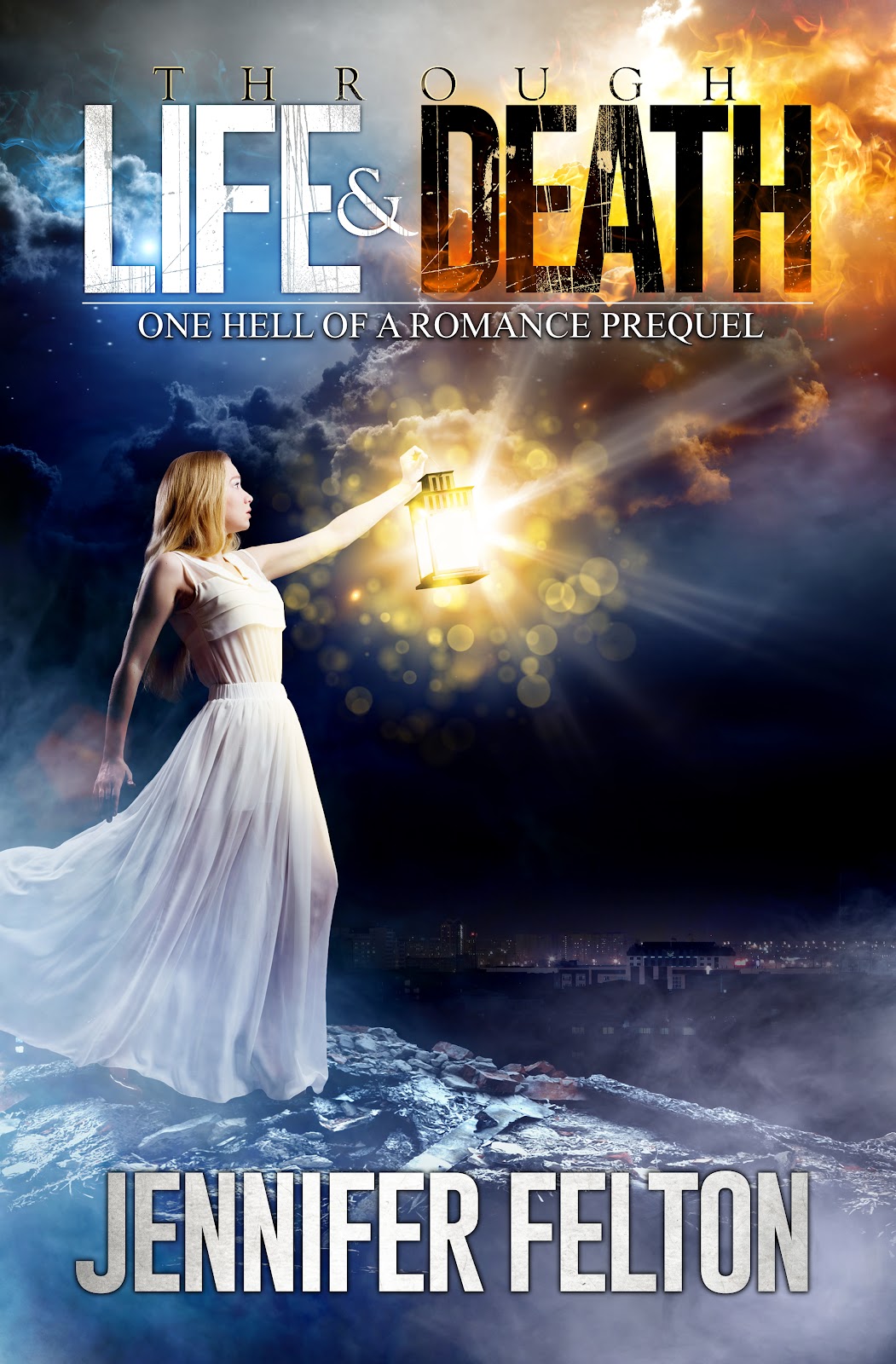 Through Life & Death
One Hell of a Romance, Prequel

Even evil can have a second chance…

In Jennifer Felton’s debut, the reader is plunged into the paranormal world, circa 1885 England, in this compelling prequel to her new adult A Hell of a Romance Series.

Meet the most powerful and feared family in the paranormal world: the Helms family. Tobias is anything but a normal vampire, he’s also the King of Hell. At his side are his children, twins, Maya and Sebastian.

They may be the princess and prince of Hell, and despite being feared, they are far from respected, since they aren’t full vampire. Unlike the rest of their kind, they weren’t created, they were born of the unholy union between their father and the Goddess of Time, Katricne.

Desperate to find somewhere to fit in, Maya has made it her mission to create a world where humans no longer fear the things they don’t understand. With the formation of The Council, laws are being created in order to protect the humans, with the hopes that eventually their kind will be no more than mere superstition and stories told to misbehaving children.

Things had been going well for a while, but now there are hunters on their trail. They must move and flee the lands which they made their homes.The question remains though: No matter where they go, will it be safe? Is there a traitor amongst them? 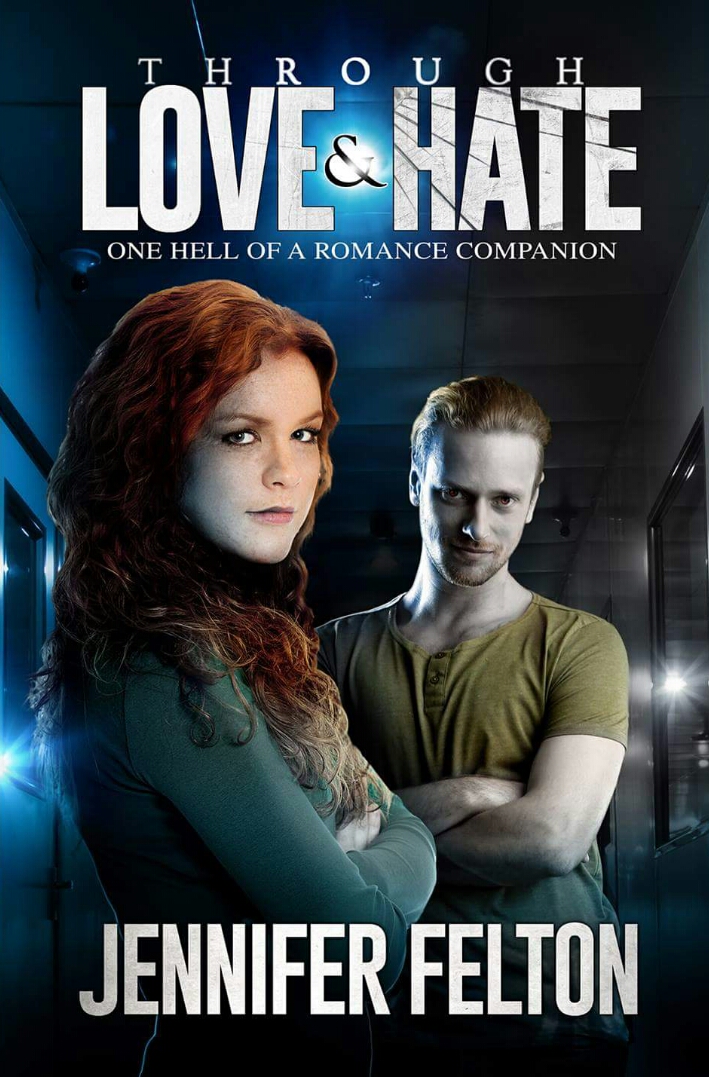 Through Love & Hate
One Hell of a Romance, Companion

What would you sacrifice to save someone you love?

What happens when the life you’ve taken for granted disappears in the blink of an eye?

That’s what Megan Williamson wants to know now that her best friend, Anya Spanzer, has been diagnosed with terminal cancer. They’ve been best friends since childhood. Now, Megan is determined to find Anya’s second chance. Anya’s family needs her.

So it seemed like an easy choice, she was willing to die in Anya’s place. Who needs a soul anyway? So why should selling it to the gorgeous vampire bother her?

The moment she meets Anya’s doctor, she finds herself attracted to him. But this isn’t a social visit. There are more pressing matters at hand – like curing Anya.

Despite what appears to be a mutual attraction, Megan can’t afford to form any new attachments.

Little does Megan realize that what is meant to be will find a way.
Besides, it’s rare when things are all they seem to be.

An avid reader since childhood, Jennifer loved to read any book she could get her hands on. She especially enjoyed tales with paranormal or supernatural elements. Her love of words evolved as she grew older and later in life became someone her friends turned to when they wanted a school paper read and proofed.

After college, where she received a degree in Education, she reached out and networked with several authors and joined the ranks of ‘Editor”. There was nothing that could quite touch the thrill of being able to shape some unexplored world that would land in the hands of thousands – in the shape of a book.

All the books she had read throughout her life stoked her imagination, but she had never tried to put down on paper the characters she had in her own head. That was, until the characters began their rebellion. It seemed she no longer had a choice but to tell their tales.

Through Life and Death, is the first in her One Hell of a Romance series that is being published through Booktrope where Jennifer also serves not only as author – but also editor, proofreader, and book manager for their other authors!