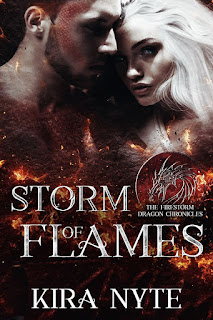 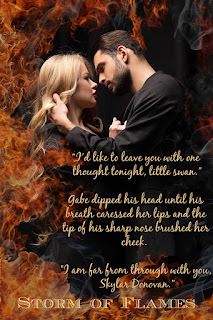 ? Blurb
Skylar Donovan was raised to trust no one but herself and her parents. Moreover, her father gave her all the tools she’d need to survive, both in practical terms and as a martial arts instructor in his respected studio. What he didn’t teach her was how to go on when his murder broke her mother’s mind, leaving Sky alone for the first time in her life.Gabriel LaRouche, youngest of the Firestorm dragons, followed a tip to Alabama in hopes of finding refugees from his people’s hidden home living among the humans. Instead, he met his match in a pale-haired warrior woman with broken eyes and a stay-away stare he couldn’t resist. His lifemate had no idea who he was or that they were Fated to be together.Despite her better judgment, Skylar is drawn to Gabe’s dark intensity and almost grating arrogance tempered with surprising sweetness. Something about him calls to her passionate nature, matching her flame for flame.Gabe is bound to Skylar, body, soul and dragon. Now he needs to convince her to trust he’s strong enough to stand by her side as deadly enemies gather to tear them apart.*Contains adult situations that may burn pages, along with wicked banter and some badass sparring. 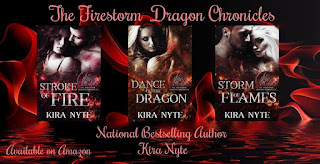