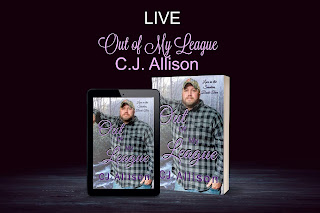 ❤? NEW RELEASE ?❤
Out of My League (Love in the Smokies Book 2) by CJ Allison 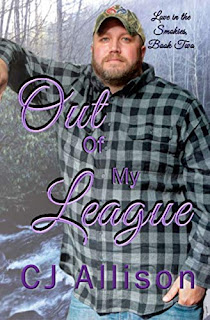 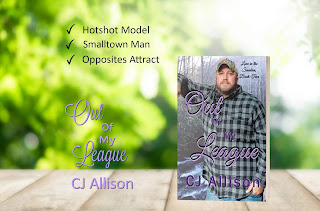 Synopsis:
She’s glitz and glam—He’s down home and country, but they’re about to find out that being out of each others’ league has nothing to do with money.
Marissa
Since a young age, Marissa has played a part in front of the camera. She’s got it all—top model status, perfect, high profile marriage, millions of followers, and the world at her fingertips. Too bad it’s all a lie—and comes crashing down so publicly her only choice is to get out of LA before the media sharks devour her.
The last thing she expects to find while stashed away in the Smokies is a bacon-loving, warm, funny, man named Mick—and he’s everything Marissa isn’t—he’s real. Too bad she can’t act on her growing feelings for him. He’s too sweet, too genuine, and everything about her life is as fake as the smile she puts on when she goes back to LA.
But the money, house, cars, and fame are nothing, not compared to the love of a real man and the opportunity to have the truest thing she’s ever felt become her reality. . .
Mick
In a small town, there’s nothing worse than going from having a top sales job to being a stock boy at the local mart—and that’s exactly what Mick gets to face every day. As if his personal insecurities aren’t enough, now he faces the fact he’s stuck with little to no chance to ever get where he wants to be—stable enough for a family.
And then a woman too good to be true comes into his town, and he can’t help but want those things even more—with her. A hotshot model from LA, but Mick doesn’t care about any of that, all that matters is that she’s caring, funny, and the most beautiful soul he’s ever seen. . . but she can’t see herself that way.
When she goes back to LA to deal with her life, Mick has to face who she is in her world, and the jealousy and doubt threaten to tear him apart. Deep down, he knows they have something real, but is it enough for her to love a man that is the opposite of everything she’s ever had? 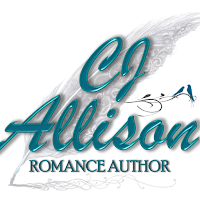