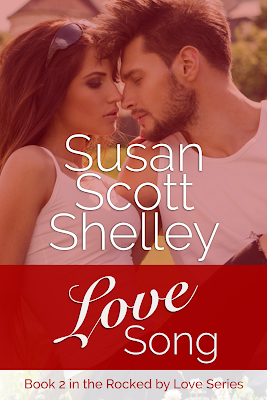 He’d lost her to another man because he hadn’t admitted to his feelings. And he’d almost destroyed his band because of his broken heart. But when Luke Thompson, The Fury’s lead singer, learns that Audrey Pierce is once again single, he’s determined to do all he can to win her back.

Audrey walked away from Luke because she didn’t believe he’d stick around. She may make her living dressing rock stars, but she knows firsthand that living with one doesn’t work, especially one so devoted to his fans. She’s tried moving on, but can’t get Luke out of her mind. When he swoops back into her life, old feelings return, sharper and sweeter than ever, but she’s still afraid to trust him.

Through love songs, sexy kisses, and solid determination, Luke convinces Audrey to give him a chance. When his beloved fans turn on her, Audrey expects some of the hate mail. After all, she’s dating the man voted sexiest rocker of the year. But the attacks escalate, and soon, even Luke’s support isn’t enough to make her feel safe. The only choice is to let him go.

Luke must make the ultimate choice—the love of his life, or the people who support his career. If Audrey walks away, Luke knows he’ll lose her for good. Can he convince her that their love is strong enough to survive anything, or will both his love and career end on a sour note?

Luke stared into the wide blue eyes gazing up at him. Audrey’s chest rose and fell in fast breaths. He inhaled, and her subtle spicy floral scent beckoned him closer. “I might not want to stop either. In fact, I know I won’t. What’s wrong with that?”

“Maybe it’s the only answer.”

Her gaze jumped from his eyes to his mouth, then back and forth again. She lifted her hand to his chest and her fingers tightened, gripping his shirt. Vulnerability swirled in her eyes and she bit her lip. He knew that look—hesitation and consideration. He lowered their joined hands to his side and raised his other hand to cup her cheek.

Audrey’s lips parted and her head tilted into his palm.

He leaned down, until they were a breath apart, and then hovered, savoring the anticipation. He’d been waiting three years for this moment. They’d only get one first kiss.

Her hand tugged on his shirt, pulling him in. Luke closed the distance. Audrey’s lips were as soft as silk and as warm as spiced cider. He tasted a trace of vanilla. Like his favorite double-shot espresso coffee, she spiked his blood. When her tongue met his, he groaned and slanted his lips, seeking more access. Wet strokes drove his need higher, and then Audrey dragged his lower lip between her teeth. He leaned more of his weight into her, desperate to get closer.

Her body, warm and lush, molded to his form. With a soft sigh, she released his shirt to touch his neck, and then dug her fingers into his hair. Her other hand traced patterns on his back as she explored his muscles.

The light touches and firmer holds drove him crazy. He needed more. Now.

His hand glided from her cheek, down her side, bypassing the curves he intended to slowly uncover when need wasn’t wrecking his concentration. He found the small of her back and the strip of skin where her waistband met the bottom hem of her shirt. A teasing bit of skin. Soft. Warm. Sexy.

Audrey went lax when his fingers stroked that spot. She broke the kiss and leaned her head against the door. “So good.”

He lifted his gaze from the pulse jumping in her neck and smiled at the blissed-out ease in her expression. He flexed his hand, fingers spread wide, over her skin, covering more of that satin-softness. She arched her back, pressing her torso into his, and he didn’t try to hide how much she’d affected him—from the full length of his arousal, to his shaking hands, and his racing heartbeat.

On a moan, her eyes opened. She watched him as her hips lifted and pressed into his. He held her there while his pulse throbbed and his blood hummed.

She’d completely rocked his world with that kiss. Could she really walk away from their connection? Before things went too far, he needed to make sure they were on the same page. He eased back, until they were no longer touching anywhere except the hands joined at his side. “We need to talk.” 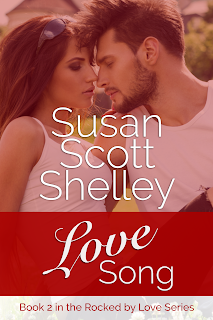 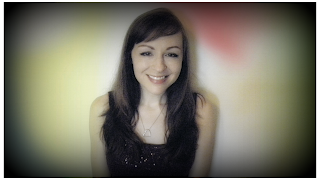 Susan Scott Shelley is an award-winning author of contemporary romance.

She lives in Philadelphia with her very own Superhero and spends her days writing about tough heroes, smart heroines, and love being the strongest magic there is.

In addition to writing romances, she is also a professional voiceover artist and enjoys lending her voice to a wide range of projects.

Her favorite things include running, sports, hard rock and old Hollywood movies. She believes life should be lived with laughter, enthusiasm, and a sense of wonder.

Learn more and discover why Love Always Wins at http://www.susanscottshelley.com