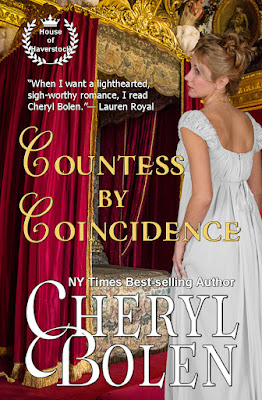 To extricate himself from financial difficulties, John Beauclerc, the Earl of Finchley, concocts a scheme to marry a stranger who’s answered his advertisement. He’ll show his grandmother! That lady’s withholding money until he can demonstrate more maturity and less scandalous behavior. At six and twenty, the last thing he wants is to settle down. He goes to the church at St. George’s Hanover Square to wed Miss Margaret Ponsby of Windsor, send her on her way with £100, and continue to pursue wine, women and faro with his fun-seeking friends.

After the ceremony, he realizes he’s married the wrong woman. Miss Margaret Ponsby of Windsor obviously thought the wedding was to occur at St. George’s Chapel in Windsor. Lady Margaret Ponsby was at St. George’s in London. How can he extricate himself from this wretched marriage—a marriage over which his grandmother is ecstatic?

If only Lady Margaret Ponsby weren’t so shy. When the lanky young (though most disreputable) earl she’s worshipped from afar for as long as she could remember asks her to move to the church’s altar with him, she’s powerless to decline. Even after a wedding ceremony begins, she still remains mute. She must be standing in for Lord Finchley’s true bride. But once she realizes she really is married to Lord Finchley, she determines to do everything in her power to make this a dream marriage. Even if it means imitating her clever, talkative sister. 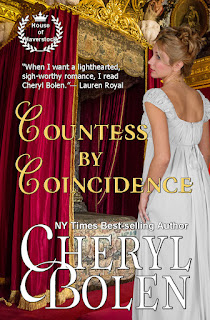 Cheryl Bolen is the New York Times and USA Today best-selling author of over 20 romances, both historical and contemporary mystery. Many of her books have placed in contests, including the Daphne du Maurier (romantic suspense) and have been translated into ten languages. She was Notable New Author in 1999. In 2006 she won the Holt Medallion, Best Historical, and in 2012 she won Best Historical in the International Digital Awards and she’s had four other titles place in that competition. Her 2011 Christmas novella was named Best Novella in the Romance Through the Ages. She invites readers to www.CherylBolen.com, or her blog, www.cherylsregencyramblings.wordpress.com or Facebook at https://www.facebook.com/pages/Cheryl-Bolen-Books/146842652076424.

Review: The Marquess Who Adore